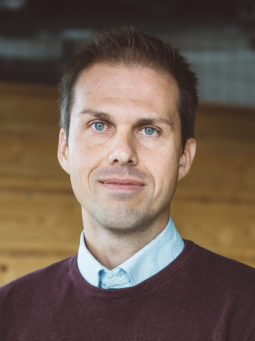 Martin is a senior researcher focusing on natural language processing, machine learning and general artificial intelligence. Martin focused on speech recognition and synthesis during the study, received a dean’s award for a diploma thesis for developing novel audio features similar to MFCC’s.

Martin obtained the Doctoral degree in Applied Informatics in 2013 from University of Žilina. After graduation, Martin participated in a R&D project for the Centre of Excellence on monitoring and rating of diabetic patients’ health condition through the telemedicine services.

In 2015, he joined GoodAI in an effort to push the state of the art of General Artificial Intelligence, a general problem solving agent that can perceive, learn and adapt to the environment while improving its own structure to become a super-human intelligence.

In 2019, Martin participated in development of humanoid robot DiBo+, working on the NLP and artificial intelligence modules.

In 2020 he continued the research on general artificial intelligence under the auspices of the University of Žilina, focusing on grid cells in the brain for localization and navigation.